Walk Tall... You're a Daughter of God. 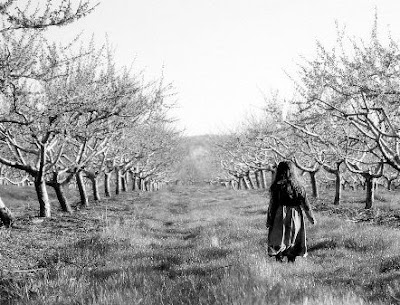 Over the weekend Cammie had arranged a sleep over with her best friend. Her best friend has been her confidant for years and understands Cammie completely. Cammie has confided in Bailey when she didn't feel anyone else would understand. This child has been a huge blessing in my daughter's life. Of course, Cammie and Bailey have had numerous sleepovers, but this time Cammie was going to Bailey's house... in our old neighborhood... with all of Cammie's old friends... friends who knew her as a "boy". Needless to say, I was concerned about her safety - both from ridicule and physical harm. I told Cammie she could go and began to probe the thought process, "what are you going to wear? Are you going to..." She knew what I was about to ask and immediately interrupted with the assertion, "I'M GOING AS ME." I stood there... both shocked and amazed by her courage and conviction.

Thinking back, I had always known that Cammie would need strength. I knew that she would need to be firm in her sense of self. From the outset, I had acknowledged that she was different. In a house full of testosterone and three brothers, I had identified her interests early-on as mere eccentricities. I remember dropping the kids off at my mother's house when Cammie was 18 months old. My mom had a toy box full of diverse "gender-specific" toys for her grandsons and granddaughters to play with when they came to visit. Needless to say, Cammie loved to go to grandma's house because she had the "best" toys. She had "girl's" toys. Cammie could find things to play with that we didn't have at our house... toys that expressed her interest. I remember that this is when Cammie's sense of self started to notably emerge. It was so obvious that my family began to express concern over her consistent gender-variant expression. When I picked the kids up, Cammie wanted to take the toys with her so she could play with them at home. I remember getting home and finding that she had stashed a My Little Pony in my diaper bag. Cammie packed that toy around everywhere we went. Initially, I was distressed by the concerns expressed by those around me but finally made the determination that if the toys made "him" happy, then I didn't care what people thought. After all, Cameron was just a baby and didn't understand gender bias or expectation. I figured the "phase" would pass... there was nothing perverse about a child playing with any kind of toy.

Over time, Cammie began to identify as female - consistently asserting the "error" in her physical gender. I continued to dress her as a boy and use male pronouns when addressing her or referring to her. I tried to redirect her preferences to the things considered "gender appropriate". When these efforts were unsuccessful, I'd purchase toys that were considered gender neutral. As she grew older, there were fewer "gender-neutral" toys to choose from and even fewer that satisfied her interests. Eventually, I decided that it was important to nurture her self-esteem. I relented, and agreed to buy her the "girl's" toys that she loved. As she matured and developed friendships, I noticed that all of her friends were girls. When they would play house, she was always the mommy, the princess, the little girl, etc. I frequently noticed her wearing frilly shoes, girl's clothes, and jewelry around the house that had "inexplicably" migrated from her playmates' houses to her bedroom. When she was with her friends and able to express herself... she always had a smile on her face.

Finally, three years ago, school had just let out for the summer and she showed up in my room with an adamant request. She had decided that she was going to get her ears pierced. She had been pressing for permission for a while and I had been reluctant to grant the request because I knew that it would draw negative attention from friends, neighbors, family members, etc. She continued to persist so I finally relented with a condition. I told her that she could get her ears pierced if she could write me a letter with a compelling argument as to why she wanted to get it done and how she would address any negative attention, attitudes, or opinions directed at her as a result. She spun around, went downstairs, and began to diligently work on her letter. Moments later she returned with the argument in hand. It said...

"I want to get my ears pierced because when I am with my friends and we are playing dress-up, I am the only one who can't wear earrings. All of my friends have their ears pierced and I want mine pierced too. If people don't like that I get my ears pierced then that's their problem. They shouldn't judge someone all because they have a little hole in their ears. Besides, brown boys do it all the time and nobody says anything to them."

I was amazed at her clarity of mind and the perspective that she had at the age of six. I agreed to allow her to get her ears pierced and we went to the local boutique to get it done. What I remember about that evening is the unexpected emotions that I felt. I felt so uncomfortable... it bordered on embarrassment. I felt compelled to offer an explanation to the shop attendant, sure that she would say something derogatory or give Cameron an unwelcome look. A million scenarios played out in my mind. My heart was racing and my hands were shaking. The shop clerk told me to relax, and continued to alleviate my apparent anxiety by letting me know that lots of boys get their ears pierced. What stands out most in my mind when I reflect on this experience isn't my cowardly approach... but Cammie's courage. She sat in that chair with her chin up, holding a teddy bear, smiling and proud. She was SO excited. She was crossing bold gender lines... she was allowed to publicly express herself, and nothing else mattered... NOTHING. I felt emotionally conflicted... I was so proud of her courage and, consequently, ashamed of my lack of it. It was a time when I should have been reassuring her, holding her hand, and aleviating her fears... instead, I was selfishly consumed by my own. I remember thinking, "My God... I've created the proverbial monster."

I wanted her to be courageous and strong in her convictions and identity... It was obvious that she had exceeded my expectations. Meanwhile, I had failed to address my own convictions. I had neglected to consider weather I had the courage to support her - not just within the confines of our home - but publicly. Little did I know, at that time in our journey, the defining moments that lie ahead and the courage that I would discover with each step along the path to understanding.

I turned into the subdivision where we used to live. I dropped Cammie off in front of Bailey's house... in a familiar neighborhood... full of old friends... full of the past. She was so excited... wearing her hair piece, a breast cancer awareness T-shirt with the words "FIGHT LIKE A GIRL" boldly printed across the front in hot pink lettering, and a cute denim skirt with pink leggings underneath. She looked precious, there was no mistake - she was resolute in asserting her female self. It took every ounce of courage to pull away from the curb. I had to fight the overwhelming urge to turn around and "rescue" her from potential harassment. I waited all night with my cell phone close-by, expecting her to call, sobbing and devastated, over a verbal or physical attack... That call never came. When I picked her up, she said that she had a ton of fun. Her friends had questions, but she took the opportunity to explain "who" she is. They listened, accepted the explanation, and moved onto more important things... PLAY.

I realized something profound about how people react to "difference". If someone is different because they are searching for their identity, they often fall short of acceptance. If someone is different because they irrefutably know who they are, acceptance abounds. We are drawn to the qualities that we hope to develop in ourselves... courage and self-confidence are charismatic traits that seem to solicit admiration, regardless of the circumstance. I have been amazed at how quickly people are able to "see" beyond Cammie's physical challenges when she demonstrates these qualities.

When I look at my child, I am extremely proud of her courage. She gives me strength every day. I wish that she could consistently demonstrate and maintain the optimism that she expressed this weekend, but she often feels overwhelmed by the heavy challenges in her life. Most of us have the ability to separate ourselves from our fears. We've all heard of the "fight or flight" response. It's human nature to distance ourselves from the things that terrify us. If we fear the dark, we sleep with a night-light. If we're afraid of spiders, we arm ourselves with raid, bug bombs, and moth balls. What do you do when your most profound fears in life exist within the confines of your own body? There is no escape... there is no "flight". There are days when Cammie's fears produce anxiety, become extremely overwhelming, and challenge her ability to "fight".

When I reflect on "the parable of the box"... I recognize that there will be many days when Cammie's "box" will feel extremely heavy and she'll struggle with the challenge introduced by each step. There have been times that she has felt so exhausted with the burden of that box that she has "lost her footing". These days of self-doubt... the days when she "drops the box" have become my darkest hours... Nothing hurts more than helplessly watching your child struggle, without the ability to relieve their pain. During these challenging times - I sit down beside her, hold her close, offer encouragement, nurture her spirit, and - together - we pray for renewed strength. What impresses me the most about my child is her resiliency and the amazing determination that she demonstrates each time she picks herself up... with the resolution to take another step.