The Parable of the Box... 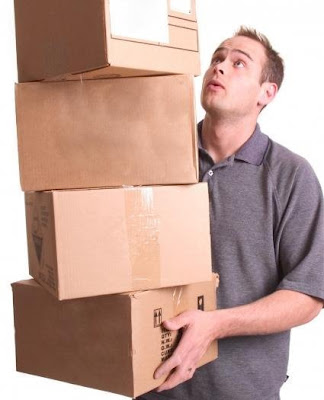 Encouraging Cammie to trust her Heavenly Father has been extremely challenging. Once I made the decision to embrace her gender identity, I realized how strained her relationship with the Lord had become. I have always taught her that she was created by a Heavenly Father who loves her... Meanwhile, I neglected to understand her... sending her into the world dressed in boys clothes with a short haircut and the unspoken expectation that she conform to the gender roles of society. These innocent discrepancies between her gender identity and her body have caused a great deal of inner-conflict, heartache, and pain. She has struggled to understand why a "loving Heavenly Father" would intentionally create her with the extreme challenges that tormented her life.

Cammie and I have a wonderful relationship. She has opened up with me on numerous occasions about her feelings and the frustration and anger that she feels toward her Heavenly Father. Her hurt has come from feeling like a "cast away"... dejected and spiritually disposed by Him. I have worked diligently to help her understand that these impressions didn't come from the Lord... they are impressions that developed as the result of a conflicted social existence, plagued by misunderstanding. Recently, she and I had a conversation that provided a beautiful opportunity for healing...

I had been reading a newly released book about transgender children, paying particular attention to a chapter devoted to overcoming challenges in school. The book suggested that parents of transgender children prepare them for the potential ridicule they could encounter from peers in their academic environment. The author recommended role-playing, as well as discussing various responses to comments that might be made. The goal is to strengthen and prepare the child for the challenges that lie ahead. I called Cammie in to my bedroom and we began to discuss the potential for torment and ridicule. She acknowledged that it would be difficult and said that she was prepared to face those who were likely to bully and tease her. I continued to try and verbalize a variety of scenarios. Cammie's head dropped and her eyes filled with tears. She said, "I don't understand why I have to go through this. Nobody knows what it's like to be me. Why can't I just be a normal girl? I am so angry... why did Heavenly Father do this to me? Why would he make me this way?" The crying continued.

My dad has always said, "a parent is only as happy as their most miserable child." Given this truth, it's not surprising that my heart was breaking as I sat beside her and shared her pain. I have come to realize that during these humble moments of complete helplessness, the Lord lends his spirit to provide peace and guidance...

In that moment, I was blessed with the words to help her understand. I talk all the time... and those who know me would testify to the fact that I am seldom quiet, but I have never experienced anything like the conversation that followed. I told Cameron not to be angry with the Lord. I explained that although Heavenly Father doesn't make mistakes, he does assign the most difficult tasks in life to his strongest children. She looked perplexed and I could tell that she still didn't understand. As I continued to speak, the words began to roll off my tongue so quickly that I didn't have time to formulate thoughts... I continued to express the impressions that I received and as I spoke, I began to listen - becoming an audience to my own words...

"Let me explain... If I had a really heavy box and I needed someone to move it... would I ask John to lift it for me... or would I ask Caleb?" (John is Cammie's step-dad. He's six foot, four inches tall and weighs over two-hundred and fifty pounds. Caleb is her twelve year old brother).

She thought for a moment then said, "John"...

"Why does that matter?" I continued.

"Because he could lift the box."

She sat there for a moment and I could see her putting the analogy together in her mind. I continued to explain, "I understand why you are so frustrated... Heavenly Father has given you an extremely heavy box, but it's important that you understand why he gave it to you. He gave you this box because He knows you are very strong... He believes in you... He loves you... and He knows that you have the strength and the courage to pick it up and carry it."

In that moment, I could see that Cammie was beginning to understand the privilege of adversity.

I am so thankful for the precious moments of inspired thought while teaching my child to grow beyond the unique challenges in her life. I have been greatly blessed by sacred moments of enlightenment. Those moments have defined this experience and guided our path.

By choosing to use a faith-based compass, trust the love of our Father in Heaven, and follow the promptings of the spirit... we have been greatly blessed. At times, it has been extremely overwhelming to consider the numerous obstacles that lie ahead, but I have come to realize - during the most difficult challenges in life - that we are NEVER alone. Somehow, this realization has made "the box" lighter to lift and easier to carry. I hope that in time Cammie will discover the privilege of opposition and understand the value of "The Box"...


"Opposition is the privileged price we must pay to become acquainted with God"
Posted by Cammie's Song at 6:28 PM