The Beauty of Imperfection... 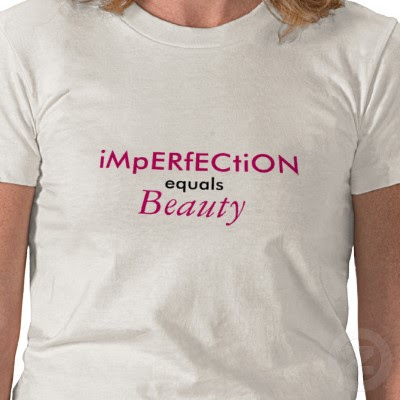 I recently received a blog post from someone who expressed his perspective on my approach to meeting Cammie's special needs. I have been approached by a few individuals with a similar perspective, so I felt compelled to post some information that would help clarify her condition, it's origins, and the biological components of variant gender development. I hope that by providing some basic information, I can open the door to understanding and make the world a better place for my child.

"This whole thing just blows my mind. It takes me back to my mission when I visited with people that thought the lord was telling them things he really wasn't. you say you have a strong testimony and the lord is telling you this is right but if your TRULY TRULY had a testimony (and if you honestly stop and think about what i'm about to say without taking immediate offence you'll know i'm right) the lord is the only "perfect" person to ever live on the this earth. and by saying that he has told you that cameron is really supposed to be a girl is just like saying the lord made a mistake by making him a boy....the lord doesn't make mistakes, if he did then everything every religion believes would be false and especially the LDS religion that you profess to have such a strong testimony in. and if thats true cameron is supposed to be a boy and there is NO other alternative....either that or the lord isn't perfect and he lied to us all. Think about it....honestly, with an open heart and mind, and remember the devil can answer your prayers too."

From the moment we are born, we are defined - not by WHO we are - but rather by what gender role we fit into. From the beginning of our lives the clothes we wear, the games we play, which restrooms we use, the toys we purchase for our children, and the friends that we choose to associate with are all major aspects of our lives that are influenced and defined by strict gender stereotypes.

When I was pregnant people often asked me, "Do you want a boy or a girl"... to which I would respond, "I want a healthy baby." Most expectant parents realize all of the things that can go wrong during pregnancy. Many families are faced with extreme challenges when it comes to the developmental health of their newborn children. Some infants are born with muscular dystrophy, down syndrome, cerebral palsy, autism, spinal bifida, cystic fibrosis, congenital heart defects, cleft lip/cleft palate, diabetes, gastro-intestinal disorders, and the list goes on. Many of these conditions manifest immediately after birth and some surface later in life through the delay of developmental milestones. When families are faced with the aforementioned challenges, nobody approaches them with the same level of insensitivity or discourages them from seeking understanding or treatment for the affected child by callously making the assertion that, "The Lord doesn't make mistakes, if he did then everything every religion believes would be false." 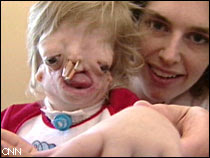 Why is it that people think they have the authority to make a determination about which medical treatments are an implication of God's imperfection and which medical treatments are simply neccessitated by unfortunate developmental circumstances, worthy of medical intervention??? How is it that children can come into the world with all kinds of developmental delays, deformities, and maladies - but if those physiological issues challenge rigid gender norms, suddenly there is a dramatic shift from support and understanding to pious judgement and an assertion that "God doesn't make mistakes... either that or the Lord isn't perfect and he lied to us all."

Until I made the effort to listen to Cammie, understand her and the condition that has challenged her life, I - too - was ignorant. Through prayer, I have been blessed to come in contact with the people and resources that have led to an awareness of my child's gender variance and an understanding of her condition... Hopefully, this understanding will lead to a better life for her and other children like her. Please forgive me if I get a little technical while attempting to explain the physiological development of gender variance as I have come to understand it...

At conception, the genetic make-up of a child is complete - including the sex of the infant. Within about three days after conception, the fertilized egg, which is dividing rapidly into many cells, passes through the fallopian tube into the uterus where it attaches to the uterine wall. The placenta, which will nourish the baby, also begins to form... 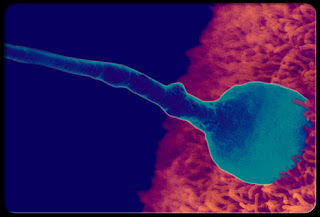 4 weeks - At this point of development the structures that eventually form the face and neck are becoming evident. The heart and blood vessels continue to develop. And the lungs, stomach, liver, and gonads (testes or ovaries) start to develop... 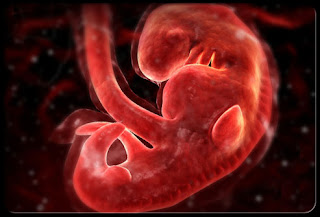 6-8 weeks - The baby is now about the size of a grape - almost an inch in size. Eyelids and ears are forming and even the tip of the nose is visible. The arms and legs are well formed. The fingers and toes grow longer and more distinct. The gonads remain ovaries or differentiate into testicles based on hormones that are produced at this stage of pregnancy. The release of these hormones (one of which is testosterone) determines the internal development of reproductive organs. when testosterone is present, internal male reproductive structures develop. Without testosternone - the gonads become ovaries and the development of the uterus, fallopian tubes, and upper part of the vagina will progress. If there is a significant imbalance of these hormones during this delicate phase of fetal development, the infant may be born with ambiguous genetalia... 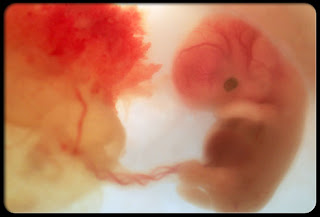 10-12 weeks - The fetus measures approximately two and a half inches and begins to move. The doctor may hear the fetal heartbeat with special instruments and the sex organs of the baby may become visible. The brain undergoes rapid development, producing 250,000 new neurons every minute. During this phase of neurological growth, it is believed that hormones (known as androgens) wash the brain in a process known as the "androgen bath". The androgen bath (coupled with genetics) determine the neurological blueprint of gender identity. Variations in these factors during this crucial period of neurological development can result in cross-gender cellular gender identity markers in the brain... 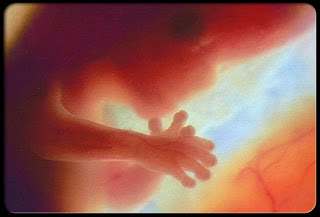 This cross-gender neurological development is demonstrated by the following image which compares the volume of the central subdivision of the bed nucleus of the stria terminalis (BSTc), an area in the brain that is essential to sexual behavior and is twice as large in men than in women. In this image, the BSTc markers of four individuals are compared. Block A - a heterosexual male, block B - a heterosexual female, block C - a homosexual male, and block D - a transgender male to female. The BSTc was not influenced by sex hormones in adulthood and was independent of sexual orientation. This study was the first to show a female brain structure in genetically male transgender individuals...

There is more to gender than meets the eye (literally). There are little girls born every day who grow up like other normal little girls - wearing pink and bouncing around in pigtails. They enter puberty and, although their breasts develop, they don't grow pubic hair and they don't menstruate. Their parents bring them to the doctor to find out why puberty is not progressing in a normal pattern and discover that they have no uterus, the vagina is abnormally short, and there is testicular tissue where the ovaries should be. When genetic tests are run, they reveal XY chromosomes. The little girl is chromosomally male but has always identified as female. The actress, Jamie Lee Curtis, was born with this rare developmental condition known as CAIS (complete androgen insensitivity syndrome).
Likewise, there are little boys born with XX male syndrome - a condition similar to CAIS in presentation. The affected child presents with a physiologically male body. These children are infertile and, although chromosomally female, they identify as male.
These are just a couple of gender based developmental conditions. There are numerous others... so many that it would exhaust this post to go into greater detail. It's interesting to me that there are people in the world, wasting their energy, trying to figure out where to "draw the lines" of acceptance. The aforementioned comment post is a classic demonstration of such judgement. Once these individuals have made a determination based on what they think is right or wrong, they are unwilling to educate themselves or consider new possibilities. It's much easier to ignore the truth than to pick up an eraser, or re-draw the line... Perhaps, that's because there's an element of guilt that accompanies the realization that it's not our place to draw lines.
The human body is created by two imperfect human beings... the spirit, however, is perfect. This is why I have chosen to nurture Cammie's spirit, to trust her perception, and to love her unconditionally. I believe that the most important step toward achieving perfection in an imperfect world is learning how to accept and look beyond our differences... until ~ at last ~ we are able to recognize the beauty and perfection that lies beyond imperfection... 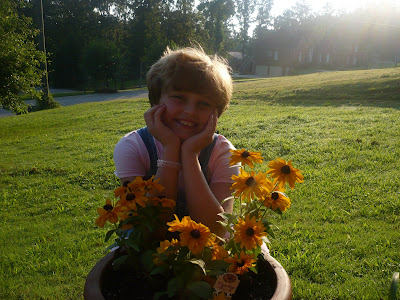