Cameron's life began like most other children's lives. I'll never forget the day that he came into my world and the announcement was made, "It's a beautiful baby boy!" What joy... what gratitude I felt at that moment and in the years that followed as the blessings of this precious little spirit were realized. Cameron has been blessed with many special gifts, talents, and attributes... but along with those endowments has 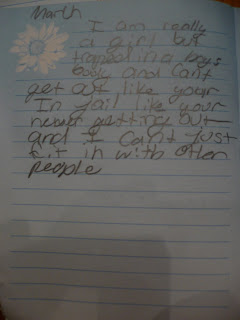 Cameron's body and spirit are not in harmony with one another. As Cameron began to develop, we noticed some excentricities in his behavior and interests. Cameron preferred to sit rather than stand when using the bathroom, and rather than developing an affinity for trucks, action heroes, sharks, dinosaurs, or other traditional boy interests - we noticed that he consistently made his way to the hot pink Barbie section of the toy store. On occasion, when I'd agree to buy he or his brothers a toy, his brothers would ask for something like a truck or action figure and Cameron would insist on a doll. I felt compelled to support him in his interests and I'd buy him a doll. After all, I thought - specifically calculating the reprucautions "If one of the boys asks for a truck and gets a truck... and Cameron asks for a doll and gets a truck, then without saying a word, I send the message that I don't accept him." Over the years, I felt angered by the strict gender roles present in our society that seemed to exclude my child. I would recite questions in my head, "Why can't he play with dolls? What's wrong with dolls? Boys become parents too. Why can't he wear pink if he wants to? Pink is just a color. Why shouldn't he sit to go to the bathroom? Is th 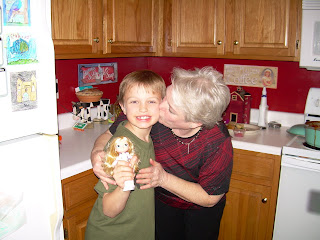 ere a rulebook somewhere that states that all boys have to stand to go to the bathroom?" It seemed rediculous and I wanted for people to open their minds and their hearts, I wished that society could embrace Cameron - or at least allow him to be himself without a bunch of gender biased expectations. 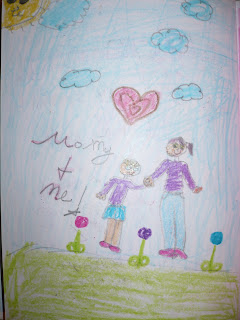 These unique interests seemed to affect other areas of his life as well, from the cartoons he preferred to watch on television (most notably an obsession with the Powerpuff Girls), to the pictures he drew. While my older son was drawing pictures of sharks or combat scenes, Cameron would consistently draw pictures of hearts, butterflies, flowers, little girls, and sunshine. Probably the most curious thing about his illustrations was the fact that he always drew himself as a little girl with long hair or pigtails, and a dress. His preferred color scheme was always pastel with an affinity for various shades of pink and purple.

As he grew a little older, his physical mannerisms, which were always feminine, gradually betrayed him as they exposed his true gender identity. He talked, 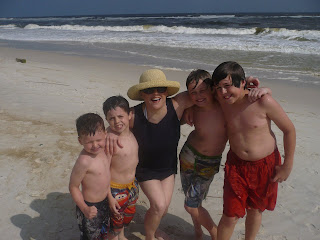 laughed, walked, ran, and even sat like a girl. Through it all, I consistently tried to maintain a balance and focus... to support him in his interests while trying desperately to protect him from the callous judgement of a sexually binary society. It was no 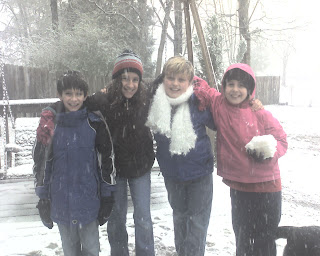 easy task and I soon realized the challenges that lie ahead. Cameron didn't fit into the male or female gender stereotypes and over the years the inner conflict and turmoil started to take it's toll on his self concept, and magnified my inadequacies as a parent. I wished, more than anything, that I could change the world... I desperately wanted to make it a happier place for him... a place where people would understand and accept him... somewhere far removed from ridicule and torment. 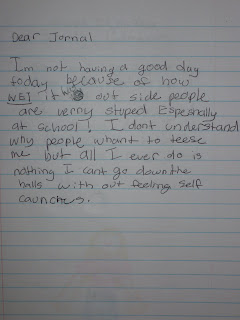 I finally came to a conclusion... "if I can't make the world a happier place, then I will do all that I can to make Cameron a happier child." My rationale quickly shifted from dwelling on those things that I could not control, to making the most of the things that I could. I prayed about it and the answer that I received became very clear "Love him... even as I have loved you."

I decided that I was going to continue to give Cameron my unconditional love and support, and allow him to express himself naturally... at the very least in our home. As a result, our home became a Utopian environment for Cameron and a safe haven for self expression. It seemed to be enough... for a while. As Cameron's physical body began to develop more and more masculine characteristics, his psychological female gender identity became more obvious to those around him. The ridicule and torment that had once been a frequent challenge in his life, became incessant. Then, to make matters worse, he was assigned to "THE TEACHER"... the one that we all have at some point in our childhood... the one that torments your life and makes your world a living hell. She targeted Cameron, and made him the focus of classroom ridicule, which exacerbated the challenges that he faced with his peers. She moved his desk from among his classmates and placed it in the corner of the classroom, facing the wall - so that he couldn't put his hands inside it. She left him there... not for a day... not for a week... not for a month... she left my child alone in the corner for four months, until we moved to a new community and transfered him out of the school system. 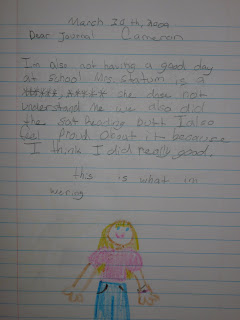 At one point last year, Cameron had gone to school wearing pink fingernail polish that he had put on over the weekend. He had forgotten to remove it, and when he came home I noticed that he had been chewing on the tips of his fingers and fingernails, frantically trying to remove the polish. As soon as I walked through the door, he asked for some fingernail polish remover. There was a sense of urgency in his voice. He was clearly upset. I asked him what had happened and he said that he had been teased at school. He didn't go into detail about the events of the day. Of course his classmates had a party, criticizing and harassing him. At lunch he was too intimidated to eat because he didn't want any of the kids to see his fingernails, so he just sat at the table with his hands hidden in his lap, trying to prevent further criticism. His teacher saw him sitting there and demanded that he eat. She said, "You're the one who put the nail polish on your fingers... don't try to hide it now!" When Cameron refused to eat, she punished him by sending him to eat alone at the "silent table". Then she walked by and touted in sarcasm, "What's wrong Cameron? You don't have any friends? I'll be your friend."

I knew things were difficult for Cameron at school, but I hadn't realized the extent to which his teacher had been tormenting his life. He was afraid to cross her because he knew that he would have to return to her class. It wasn't until last week, after we had moved and Cameron felt safe, that he began to share some of the horrors of what he had experienced under her "professional" care as an "educator". It beggs the question... "What was she teaching the children???" Cameron's journal entry demonstrates his frustration... 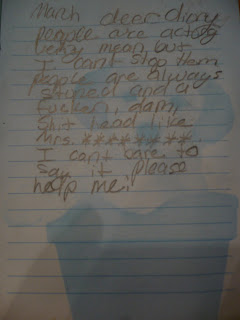