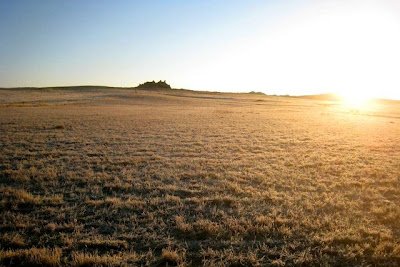 It was on a midsummer afternoon several years ago when I set out to run some errands. Cameron, who was seven years old at the time, insisted on coming along to spend a little "alone time with mom". With four children in our home, it was sometimes difficult to find the time for one-on-one moments. We had taken care of my task list, accomplished the things that needed to be done, and were on our way home when Cameron made it clear that he had added one more major task to the agenda...

He began to break down and cry. The tears quickly turned into uncontrollable sobs and, as any mom would, I began the natural inquiry, "What's wrong Cameron? Are you okay?" Still... there was no response and the sobs continued. I proceeded with my inquisition, "What's going on, honey?" Again... there was no response and the sobs became inconsolable. I proceeded to play the medical version of hot and cold... "Are you sick?" He shook his head as if to say "no". I continued, "Is your tummy hurting?" Again, he shook his head in denial. At that moment, my inquisition shifted to pleading, "Cameron... tell me what's wrong. You know, you can always talk to me and I'll always be here for you. What's going on?"...


There's something about the moments that profoundly change our lives... we tend to remember every detail... where we are, what we're doing, and - most importantly - what we feel. Every detail of the conversation that followed is etched in my mind... Like a moment frozen in time. The conversation that ensued became a chapter in my life, forever engraved in my heart. It paved a path to greater discovery that has led to a foundation of insight and profound understanding...

Cameron had always been unusually feminine. These seeming non-conformity's to "gender appropriate" interests and behaviors became blatantly obvious in our home - an environment "charged" with testosterone. I had four sons (or... so I believed at the time). Even the dog was a male. Life in our home was completely consumed by rough and tumble play compounded by incessant wrestling, shouting, climbing, competing and fighting. Our day to day life was consumed by super heroes, action figures, video games, basketball, dirt, football, and grass stains. Needless to say, Cameron's behavior stood out as being odd from an early age. He'd seize opportunities to openly express his femininity. I struggled with Cameron's independence and felt torn between the responsibility I felt to support my child and my own selfish desperation for the "phase" to run it's course so that he could finally become the "normal" boy that I had brought into the world.

A phase will do just that... a phase will "run a course". It'll end. The more time that passed, it became evident that Cameron's course was set on a path to permanency. He'd demand a girl's toy with his happy meal at fast food restaurants, he played exclusively with girls and girl's toys, he'd sit to go to the bathroom, and he'd frequently express frustration with his brothers' behavior. In later years, he was absolutely repulsed by the fact that they found belching and farting to be fantastic sources of entertainment - which frequently resulted in pass-time competitions and laughter fests.

At age three or four, Cameron announced that he hated his penis- he said it was a mistake and that it wasn't supposed to be there. He seemed relentless in his disdain for the "unwanted appendage". In my naivete and frustration, resulting from the helplessness I felt with his persistence on the matter, I made a light-hearted sarcastic joke, "What do you expect me to do about it... snip it off?" I figured he would laugh... or at the very least, come to his senses and realize that there was nothing that could be done about the situation. Sensing my frustration with the disappointment he felt in his body... he let it go. He quit talking about his penis, but the gender variant behaviors continued. In fact, in the years that followed, they intensified and became more prevalent. I would get home from work in the evenings and discover that my closet, jewelry box, and cosmetic bag were in disarray. Cameron would wear my high heels around the house. Then, interestingly, he would wrap accessory scarves around his head and tie them behind his neck so that the ends would cascade down his back like hair. He would move his head so that the ends would sway back and forth when he walked, pull the ends over his shoulders, and flip them behind his back with his hand.

All along, I lovingly supported him in his interests and tried to make sure that he knew that I loved him. I wanted him to know - without any doubt - that my love was unconditional... that he could be himself... if only - in our home. So, you'd think the conversation that followed that afternoon wouldn't have come as a shock or even a remote surprise. Although, there were plenty of precursors, I felt completely unprepared for the moments that followed.

"Cameron... tell me what's wrong. You know you can always talk to me, and I'll always be here for you. What's going on?"

Doing the best to control his emotions, he wiped the tears from his cheeks and looked at me with a profound sadness in his eyes. I could tell he was afraid... that it was taking every ounce of courage in his body to express what was coming next... "I'm not like other boys." I tussled his hair with my hand, "It's okay, baby." He didn't stop there... he continued, "I feel like I'm supposed to be a girl." The tears turned back into sobs. He repeated, "There's something bad wrong with me."

My heart swelled with love. The pain that he was feeling was so intense, it was palpable. His heartache permeated our surroundings and engulfed his sobs. I felt overcome with peace as I pulled the car to the side of the road. I took his hand in mine and with the other hand, grabbed his chin. I turned his tear-stained face toward mine so that our eyes locked. By this time, tears were streaming down my face too. I looked steadfast into his eyes and spoke with vigilant conviction, "Cameron, there's nothing 'wrong' with you. Do you hear me? There's nothing wrong with you..." We cried together for what seemed like a good while, then together, we began our journey. I had looked at Cameron thousands of times, but in that sacred moment I began to understand... For the first time in my life, I was blessed to "see" my daughter. I told her that diversity in the world was good and it's the differences in life that make the world beautiful. I told her that, although others may never understand what she feels or who she is, she would always be loved and accepted in our home. I explained that my love was unconditional and that I wanted her to feel free to express herself naturally.

My child has more courage than anyone I know... she's not afraid to be herself... she's strong... extremely strong... strong enough to teach her parents, what should've been obvious all along. She's courageous in the face of adversity and her courage gives me strength. If she can face this challenge in her life... then I can certainly face it with her. I have become a champion for her... her biggest fan... and an advocate for her needs and interests. From that point forward I began to, not just support, but truly understand Cameron's gender needs. Buying her toys and clothes what were gender appropriate became an act of embracing her identity as opposed to "supporting her interests". From that point forward she could, not only openly express herself in our home, but our support shifted to a quest for understanding. I immediately began to search for the answers that would help me to understand her better. I began to research gender issues and immersed myself in gender-related research and study. It wasn't long before my independent inquiries led me to an Internet link about transgender children. I sat in shock... completely amazed as I read the words printed on the page. I lost myself in the information that seemed to explicitly describe my child...

2. Disgust with their own genitals (Boys may pretend not to have a penis. Girls may fear growing breasts and menstruating and may refuse to sit when urinating. They also may bind their breasts to make them less noticeable.)

3. Belief that they will grow up to become the opposite sex.

4. Rejection by their peer groups.

5. Dressing and behaving in a manner typical of the opposite sex (for example, a female wearing boy's underwear).

6. Withdrawal from social interaction and activity.

7. Feelings of isolation, depression, and anxiety.

I quickly realized that I would need to seek out medical support and educate myself if I were ever going to advocate for my child's happiness. I knew that we had a long road ahead... but I also knew that if my child could find peace and happiness in life, it would be a worthwhile journey. 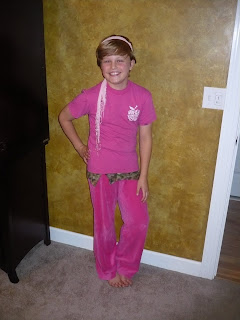