The Opposition and The Climb... 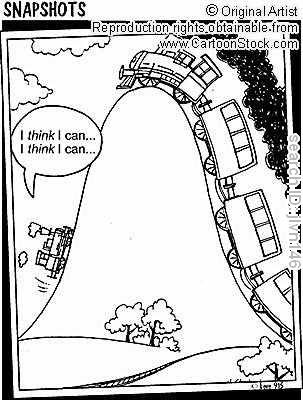 One of the most difficult aspects of embracing a transgender child is coping with ignorance and intolerance. Possibly the most heart-wrenching challenges of trying to advocate for my child's happiness have come from the personal attacks of others. I have chosen to share the various comments that I have screened from my blog in an effort to help other families, facing the same obstacles, to understand that part of having the courage to stand up for your child may require losing the love and support of those closest to you. To those of you facing this uphill battle... you are not alone in your heartache, struggle, and pain. To other families with transgender children, I offer this encouragement - by turning to the Lord, and through strengthening one another, we will find the courage to advocate for the happiness of our children.

I recently heard a song that touched my heart. Cammie was singing it while playing around the house. As I listened to her sing, I felt uplifted and inspired. Through faith, we can find the strength to "climb"...

It isn't about how fast I get there
It's not about what's waiting on the other side...
It's the climb.

The struggles I'm facing
The chances I'm taking
Sometimes might knock me down
But no, I'm not breaking

And I've got to be strong
Just keep pushing on

Keep on moving, keep climbing
keep the faith...
It's all about the climb.
The Opposition...

Anonymous has left a new comment on your post "The Parable of the Box...":
Oh yes - "God" is giving you personal revelation and telling you that he purposely sent Cameron to earth in a male body when really he is a "she" just to make him become stronger and advance this noble cause. However, the revelation he gave to the prophet about gender and it being eternal and existing before the earth was created is just a bunch of bologna. I would be careful about where I assign the credit for these "inspiring" voices you keep hearing.

How sad that instead of allowing Cameron to carry the box HE has been given, HE is having to face the challenges of destroying that box, and creating HIS own box. It is interesting, the way we can twist our lives to fit our own agenda.

All I hear is ME, ME, ME, ME. I stand by my earlier comments. How do you sit there and say it has nothing to do with medical procedure. I read your information and you want to turn a handsome young man into a girl. That must mean Rx, injections, or surgery.That sounds medical to me.Leave the boy alone and he'll figure this stuff out on his own. Love him for who he is now. Not what YOU think he should be.

This is a great way to justify what you are doing here. God does not make mistakes. Humans should not be changing gender that was established in the heavens before this child ever came to earth. Read the family proclamation. This is idiocy clothed in "tolerance" all the while accusing everyone else of being "judgemental". I am so sad about what you are doing to your son. The sex of an individual is determined in every piece of DNA in their body. When you are finished with your plan you will not have turned Cameron into a girl, you will have turned him into a mutilated male. How terribly sick!

This whole thing just blows my mind. It takes me back to my mission when I visited with people that thought the lord was telling them things he really wasn't. you say you have a strong testimony and the lord is telling you this is right but if your TRULY TRULY had a testimony (and if you honestly stop and think about what i'm about to say without taking immediate offence you'll know i'm right) the lord is the only "perfect" person to ever live on the this earth. and by saying that he has told you that cameron is really supposed to be a girl is just like saying the lord made a mistake by making him a boy....the lord doesn't make mistakes, if he did then everything every religion believes would be false and especially the LDS religion that you profess to have such a strong testimony in. and if thats true cameron is supposed to be a boy and there is NO other alternative....either that or the lord isn't perfect and he lied to us all. Think about it....honestly, with an open heart and mind, and remember the devil can answer your prayers too.

WOW! It sounds to me like you're looking in every possible book written BY MAN to justify the decisions that you have made as a parent. I'm not claiming that I'm a perfect parent because we all know that there is no such thing, but if I had made decision along the course of my child's life which led my child to the juncture that Cameron is at now then I too would look anywhere I could to feel better about myself. Kristina, you cannot allow yourself to make a decision like this at such an early stage of your SONS life. By doing so you are only harming him. You are leading him down a path that will only lead to heart break and sorrow for HIM. The world is not a forgiving place and the people that HE comes into contact with will tease him relentlessly. If you think it is bad now, wait until that happens. You say that you met with your Bishop but it sounds to me that you didn't listen. We Believe that man must be called of God by prophecy and by the laying on of hands by those who are in authority to preach the gospel and administer in the ordinances therof. He was called, through divine revelation to be YOUR spiritual leader. He holds the necessary keys and is entitled to receive revelation to help guide you and Cameron through this time. Please go back and LISTEN. Leave your heart open. Believe it or not we all want whats best for you and Cameron. God knows whats best. He would never tell you to do this. I know that if you talk with your Bishop and Truly listen, your mind will be opened and you will know the best course to take. I know you think you already know which course that is, but I know that God would never lead his children down the path that you are taking. Our family will keep you both in our prayers.

All of the "scientific" mumbo jumbo, twisting of scriptures, and rationalizing does not change the fact that Cameron is a boy. It is written on every ounce of DNA in his body and all of the cutsie pictures in the world will not change that. I look at his picture and he looks just like what he is - a boy dressed in girls clothes with long hair in an attempt to deny what he really is. If later in life he takes the steps to make his body look more like a woman he will still be male. He will just then be a mutilated male.

I am a pretty quiet person and I hate getting in the middle of heated discussions, but when an issue is brought to my attention that affects a child this much I have to say something. Cameron is a boy. Treat him like he is the smartest boy in school, he'll be the smartest boy in school. Treat him like he is an idiot, he'll be an idiot. Treat him like a boy, he'll be a boy. Treat him like he is gay, he'll be gay. You want him gay, let him be gay. Don't take such drastic steps at 10. Let him do it when he is ready to leave for college. He'll be more mature and think through this better. He'll understand the consequences.No matter how you dress him, treat him, talk to him he will always be a BOY! Like Obama said, "Put lipstick on a pig and its still a pig." I don't like Obama, but he speaks the truth in this instance.There are much better ways to get a girl. The Chinese have many to spare, they are killing the extras. Adoption would be a far better use of money and you would be saving a life of a child. You would be a hero to that child. Isn't that what you want, isn't that why you gave a kidney? Be a hero and save a child from another country.

One of my favorite quotes...

"The only thing necessary for the triumph of evil...
is for good people to do nothing."

Several years ago, during a difficult time in my life, I was faced with an uphill battle. I gained great strength from a letter that my dad wrote to me on my birthday. He expressed his love for me, then told me that he was proud of me and the decisions that I had made in my life. In the letter he shared a poem that was found written on the wall in Mother Teresa's home for children in Calcutta. This poem has been a great source of strength to me through some of my most profound challenges. It continues to be a source of inspiration and strength in my life today...

Do it Anyway...
People are often unreasonable, irrational, and self-centered...
Forgive them anyway.

If you are kind, people may accuse you of selfish, ulterior motives...
Be kind anyway.

If you are successful,
you will win some unfaithful friends and some genuine enemies...
Succeed anyway.

What you spend years creating, others could destroy overnight...
Create anyway.

If you find serenity and happiness, some may be jealous...
Be happy anyway.

The good you do today, will often be forgotten...
Do good anyway.

Give the best you have, and it will never be enough...
Give your best anyway.